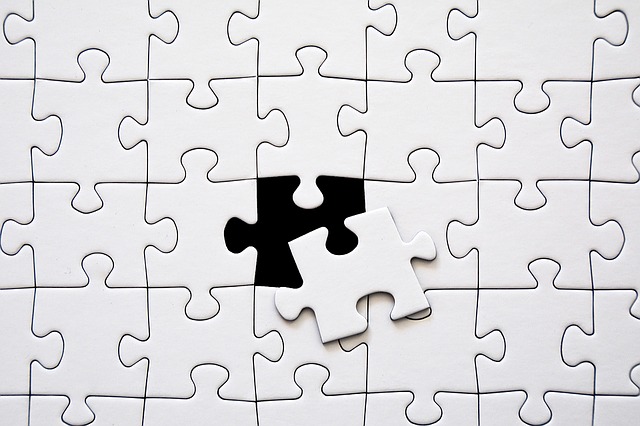 You’re Never Good The Way You Are

How often do we feel just really damn fabulous about ourselves? At a certain point we all will come to a conclusion that it doesn’t matter what other people say or think. What matters is how we feel about ourselves. And yes, it’s the best practice there is. Though, we want to function in the society and the society (friends, lovers, family, strangers) is not always nice to us. I have to admit, that oftentimes I feel uncomfortable in my skin and my own thoughts. And oftentimes I feel it in overall similar situations and with people, who have a similar energy. Those similar people in different disguises give me all the same feelings. I divide those situations or kind of people in two categories:

I can’t count the times when I heard somebody (oftentimes men) saying to me things like: “you feel too much”, “you think too much”, “you analyze too much”, “you care too much” and so on. Then it goes further, that my lipstick is too red, my heels too high, my jeans too extravagant and so on. Now you may say, why I give a F about what other people tell me? Well, either unconsciously or consciously – I do give a F (hopefully I’m not the only sensitive here). I believe them, that I’m too much indeed. That is why at a certain point I stopped wearing high heels, which I actually really love. I will never give up my amazing red lipstick, but I believed, that I look too much. Even now I sometimes feel uncomfortable with my red lips at 8am in the tram to work.

I believe, that oftentimes people just talk their own fears out of their souls, because they are afraid to express themselves in a way they would like to. If somebody tells me my red lips are too red, it doesn’t necessarily mean, that they are afraid to wear red lipstick, but it could mean a hidden desire, they’re afraid to express. If we are fulfilled with the extent of our own expression we will never judge other people for being too much.

I learned to accept my feelings and my thoughts in the “too muchness” – just as they are and now I just run away from people who keep on telling me, that I am too much. I just say a clear NO to them, even if it sometimes hurts. I know, those people will always put me down and will never accept me. So I don’t fight for their attention and just let them swim in their judgements (which are anyway only directed towards themselves).

My appeal to the world: Never let somebody tell you (or make you believe), that you are too much! The people, who dare to question you, are those who struggle with themselves. Always keep it in mind how perfect and powerful you are. The others are too focused on putting us down in order to feel better about themselves.

The classy one. “You should be more … “, “you should speak more”, “you should do more” and so on. I believe, that everybody at least once felt utterly insecure about their own personality or physical conditions, because somebody made them feel this way or pointed out a “weakness”.

I had a big last fight with my ex from long ago before we finally broke up and he told me that I should lose weight. So the next two years after the breakup I would spend struggling with the acceptance of my own body. I literally hated my body. In the mirror I saw a barefaced, obese ugliness. It was hard work to feel good about myself and to feel sexy again. People point out our “weaknesses” in order to makes us feel insufficient. To not give a F about what someone I had feelings for would tell me, was not so easy. So now I know better and won’t let somebody’s anger and pain let to close to my heart and won’t take it too personally. But back then, it was a disaster for me. I woke up, month after month, hating my appearance.

A wonderful friend of mine brought another amazing example about “not enough-ness” in the self-development scene. The self-development scene is growing rapidly and for many people that means good business and money. And unfortunately not everybody’s help is coming from the place of love. So sometimes I would watch a video, talk to some guru or read a blogpost of some self-development star and just end up being totally frustrated and confused. The message they spread is, that we have to work on ourselves so hard and we are totally unspiritual, underdeveloped little people, who need to go though a 3500-euro-18-months-programme to become as enlightened as those “stars” are. In order to earn money, they make us feel insufficient (same  happens in the cosmetics / food / fashion / car / luxury…nahhh..all of the consumer industries). Almost the whole consumer industry is based on manipulative advertising. It’s killing me. Especially when it comes to fast-food, cosmetics and tobacco advertising.

I met many men who consciously wanted to belittle me. They made me feel insufficient. It’s the same strategy: saying a clear NO to such people. Even if it hurts. And it mostly hurts, because we are used to this suffering and we swim in our drama of being not enough. It’s so easy to surrender the responsibility for our failures, suffering and pain to the feelings of our own insufficiency, isn’t it?

My appeal to the world: Never let somebody tell you (or make you believe), that you are not enough! The people, who dare to question you, are those who struggle with themselves. Always keep it in mind how perfect and powerful you are. The others are too focused on putting us down in order to feel better about themselves.

If somebody criticized us all the time – stepping back – without trying to prove them wrong – and letting them live their negative self-reflection, is always a good choice.

And if we are the ones who are criticizing everybody around us – it’s about time to check on how we’re doing in our lives. Are we maybe frustrated? Overwhelmed? Stressed out?

We have so much power to change the universe around us by accepting the is-ness of ourselves and the others. A kind word has a healing power. A word, which could hurt somebody’s feelings has a destroying power.

We are perfect the way we are and we are exactly where we have to be right now. There is no single person in this world who has the permission to tell us, that we are either not enough or too much. All we tell to each other is just kind of a “monologue” with ourselves.

How do you want your monologue to be?

If you like my blog, please share or comment. I would love to connect with you! And if you want to be the first to know about a new article, subscribe to my awesome newsletter below: