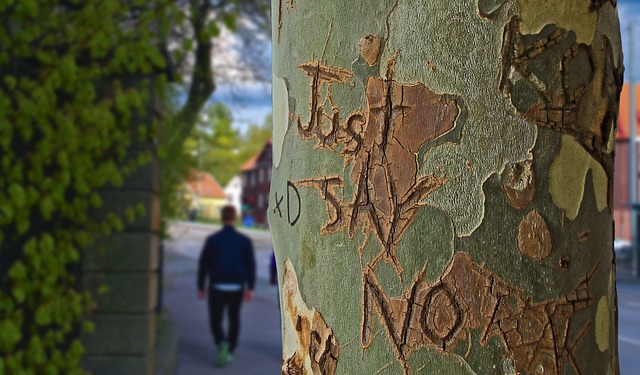 Saying No and Quitting The Games

I had friends from my childhood with whom, when being adults, we didn’t share anything, but I still felt uncomfortable to quit this friendship as they always gave me tons of feelings of guilt. It felt like a burden, which I have to care forever. I was also dealing with some creative business partners who probably could’ve helped me in my music / writing career, but who did everything to put me down and to show me that I’m nobody.

So a few years ago I would have played the manipulation games of other people and would have swallowed their toxic power..I would also sometimes invent those toxic games and would invent a lot of drama…but today, fuck it. No.

I still feel bad after rejecting people or walking out of their lives, but I trust myself and know that my inner feeling and intuition never lie. If I feel any discomfort in a situation or in a relationship, I think twice before going deeper into it and ask myself if I just shouldn’t say no to it now.

I had some serious difficulties with saying no, but on my journey I found out some truths for me, which made it much more easier to quit toxic games.

Trusting our inner voice: Overthinking too much mostly leads nowhere. In most situations we know from the very beginning if something is good for us or don’t, but we think and think and overthink again and end up being confused. Unfortunately nobody taught us to trust our intuition and trust our inner voice. We were taught to learn from the mistakes of others and ask for advise. That is why we have thousands of doctors and therapists, manipulating people into misery instead of giving them the trust in themselves and giving them the confidence, that they are good enough to decide what’s good for them. Actually it’s a practice like sports, listening to the inner voice.

For me it was utterly difficult to trust myself, because I was used to ask everybody I know, before I would make a decision. Then I suffered from those decisions. Who knows better whats good for me than, uhm, me? That is why now I practice every day to trust my inner voice – to do, say, eat, think what feels right and good for me and not because somebody told me so. And day by day, my life becomes better.

Another example to avoid suffering by trusting my inner voice is when I meet new people. Normally we know from the start if somebody is a good fit, but often our “learned” behavior and stereotypes take over and we go for people, who are toxic for us. Then we find ourselves in a manipulative and unhealthy relationship and say things like “I never ever should’ve gone for her/him at first place”..so, we actually knew it wouldn’t work, but we weren’t courageous enough to trust ourselves. Sometimes it’s better to say no and to suffer a few days, than to have years of toxic relationships afterwards and then months of suffering and regretting.

Taking ourselves easier: There are a few of our closest people who care about us and try to nurture the relationship with us, but mostly, people deal with their own lives and don’t care about us as much as we think they do. This wisdom enhanced my life immensely. For example, recently I was booked by a large organization to sing at their party and it just didn’t feel right to me afterwards, though, we discussed all the details already, so I kind of felt obligated to go and sing there. I thought if I cancel, they will send a killer to kill me and close all doors to any further performances for good. I canceled this performance and all they told me “Olga, what a shame. Good luck to you, girl”. Oops..

Then, I was also scared to quit my job, mostly because of the possible reaction of my boss. I imagined him to be angry, because my ego felt so important and deep within I thought, that without me this company will crash. Then I told him, that I quit and all I heard to my surprise: “what a shame, Olga, I would love to keep you here, but I understand. Good luck”.

It’s similar when we’re having conflicts with others. They mostly won’t care or even remember about it soon, while we’re dealing with our anger and feelings of unfairness. We digest some things slow, only because our ego suffers and we take ourselves way too seriously. We are a center of the universe and at the same time we are not.

Sometimes we stand ourselves in a way by saying yes to people, situations, jobs or things we don’t really want to, mostly because we’re scared of consequences and reactions.

Of course there are different situations in our complex lives and I’m just speaking out of my own observations. Saying no for our own goodwill, doesn’t matter how uncomfortable it might be, is mostly the best choice we can make. And in the end it will be the best for everybody.

When we say no to what initially feels bad for us or to what suddenly started to feel wrong, we will eventually be much more sensitive to what’s good for us and go for it intuitively. We can’t eternally live for the wellbeing of others and unfortunately we often do it for months, years and lives, being scared to say no.

We are strong enough to survive everything. Each one of us. For the sake of self-love and self-respect. Because there’s only one life given to us in this state of mind and body and isn’t it amazing, to live it fully in accordance with what feels amazing? Yes or no?

If you like my blog, please share or comment. I would love to connect with you! And if you want to be the first to know about a new article, subscribe to my awesome newsletter below: